Income Year: Mid-July of one year to Mid-July of another year (Shrawan to Ashadh as per NepaliCalendar)

The taxability of the income of a person in Nepal is based on two broad principles.

Deduction on contribution to fund created by Government for controlling, care and cure for COVID-19

Any person (individual or entity) contributing to fund created by Nepal government, province government or local government for controlling, prevention and cure for COVID-19, such expenses is allowed as deduction for the Income Year 2076.77 (2019.20 AD)

Further concessions on special industry are as follows:

Gifts made by a person to a tax exempt organization is allowed as reduction to the minimum of NPR 100,000 or 5% of Adjustable Taxable Income, whichever is lower. However, if any company has contributed to Prime Minister Relief Fund or Re-construction fund, the amount is deductible from Taxable Income.

All the expenses incurred to derive the income is allowed for taxation if they are incurred during the year on the name of taxpayer itself. Expense for personal purpose and paid on cash (over NPR 50,000) or payment in respect of expenditure not mentioning PAN in invoice exceeding NPR 2,000 are not allowed as deduction. However, such limitation is not applicable when goods are directly purchased from natural person related to agriculture, forest, animal and other household items.

Salary and wages expenses paid to employee or labor who does not have PAN are not allowed as deduction except for casual wages payment up to NPR 3,000.

Apart from general deductions following deduction are capped with as follows:

Interest to shareholders with controlling interest

The amount or part thereof, which is in excess of limit, can be carried forward to the next income year.

This provision will be applicable if the interest has been paid to shareholder (either a non-resident, concessional person or exempt-entity) and their control is at least 25%in Nepali company.

Limit: Up to 7% of the depreciation base of each pool of asset (exception, this ceiling is not applicable to Air-line Company if the repair expense is relating to overhauling of aircraft).

The amount or part thereof, which is in excess of limit, can be capitalized in the asset in the beginning of subsequent Income Year and depreciation is allowed subsequently.

Limit: Up to 50% of adjustable taxable income from business.

The amount or part thereof, which is in excess of limit, can be capitalized in the asset in the beginning of subsequent Income Year and depreciation is allowed subsequently. Practically, no one claims their deduction under this provision.

Limit: Up to 50% of adjustable taxable income from business

The amount or part thereof, which is in excess of limit, can be capitalized in the asset in the beginning of subsequent Income Year and depreciation is allowed subsequently. Practically, no one claims their deduction under this provision.

Depreciation is allowed as per written down value (WDV) basis and depreciable assets are categorized into various pools, the rate of depreciation is prescribed by Tax Authority as follows

Accelerated depreciation of 1/3 of applicable rate is also available in case of following entities:

Losses can be carried forward up to 7 years from the year of occurrence.

However, in case of business extracting petroleum products, BOOT projects, Projects involved in Electricity Power House, Generation and Transmission are allowed to carry forward up to 12 years.

In case of long term contract obtained from international bidding losses can be carried back.

If the taxpayer wishes for deduction of foreign tax from its foreign income, the deduction is permitted.

Nepal tax laws has provisions on Transfer Pricing which covers transaction between “associated person”. In any arrangement between persons who are associates (related parties), the IRD may, by notice in writing, distribute, apportion, or allocate amounts to be included or deducted in calculating the income between the persons as is necessary to reflect the taxable income (or tax payable) that would have arisen for them if the arrangement had been conducted at arm’s length.

Nepal has entered into tax treaties with 11 countries (Austria, Bangladesh, China, India, Republic of Korea, Mauritius, Norway, Pakistan, Qatar, Sri Lanka and Thailand). The purposes of tax treaties are to avoid international double taxation on the same income and to prevent tax avoidance.

Cooperative societies registered under Cooperative Act, 2074 and not involved in transactions exempted under section 11(2) shall be levied tax as follows:

An individual is resident in Nepal if he resides for a period of 183 days or more in income year (mid-July to mid-July basis). A person who is not resident of Nepal is non-resident individual.

The following amounts are deductibles.

Further, medical tax credit up to maximum of NPR 750 is allowed and remaining can be carried forward. Additionally, 10% tax rebate is allowed to female individual.

If any contributor transfers his contribution from approved retirement fund to social security fund established under Contribution Based Social Security Fund Act, 2074 (2017 AD) within Chaitra End, 2077 (Mid-April 2021) then no TDS shall be applicable under Section 88 on such amount.

Gain on Sale of Shares

Gain on Transfer of Land & Building

Within three months from the end of Income Year. If application is made to Tax Office for extension, IRD may extend such notice for maximum of three months.

Based on estimated tax liability

Assessment system is based on Self-Assessment. However, an assessment under Self-Assessment scheme may be subject to review and amendment by Tax Authority which can be performed within four years from the date of submission of Income Tax Return.

If there is ambiguity in application of any issue as per Income Tax Act, there is provision of making application for advance ruling to IRD and the instruction issued by IRD is binding to the applicant.

VAT is applicable on supply of goods or services;

Person supplying the goods crossing threshold of NPR 5 million and supplying services or goods & services both crossing the limit of NPR 2 million are required to be registered under VAT.

Small vendors to the extent of threshold may voluntarily register.

Purchase book, Sales Book and VAT records, either manual or computerized, are the basic records to be maintained by a registered person. The retention period is six years.

VAT paid on purchases relating to the business, excluding food, beverage, entertainment, petrol. Diesel and cooking gas for consumption, are allowed of input tax credit within one year from the date of transaction. In case of VAT paid on purchase of automobiles only 40% of VAT payment is allowed for credit.

Input tax credit of a tax period which could not be adjusted against next four consecutive months, the taxpayer can claim the refund. Similarly, in case of more than 40 percent of export out of total sales in a tax period is eligible for refund.

Such refund shall be made within 3 years from the end of tax period.

Every registered taxpayer is required to submit VAT return within 25 days from the end of Nepalese Calendar month. However, hotel and tourism sector business obtain two-months and publishing houses and brick industry obtains four-months tax period for submission of VAT returns.

Bank guarantee facility is available for VAT payable on import of raw materials solely usable for production of exportable goods. For this benefit, industry shall have export record of more than 40% of its production during previous 12 months and domestic value addition of at least 10%.

Assessment system is based on Self-Assessment. However, an assessment under Self-Assessment scheme may be subject to review and amendment by Tax Authority which can be performed within four years from the date of submission of VAT Return.

If there is ambiguity in application of any issue as per VAT Act, there is provision of making application for advance ruling to IRD and the instruction issued by IRD is binding to the applicant.

Excise Duty is applicable to goods/services produced/imported into Nepal. Relaxation and exemption are mentioned to certain goods produced in Nepal.

Specific to individual item based on specific rate or ad-valorem basis.

On Import –Value for custom purpose plus custom duty

For the items where excise duty is levied, no one can manufacture, import, sale or store a product without taking license. License taken is valid for one year and has to be renewed by paying renewal fee.

Self-Removal System – in case of other goods.

Within 25 days from the end of Nepalese Calendar month.

If there is ambiguity in application of any issue as per Excise Act, there is provision of making application for advance ruling to IRD and the instruction issued by IRD is binding to the applicant.

If the taxpayer is not satisfied with the decision of amended assessment by Tax Authority, the taxpayer has a right to apply for administrative review by depositing one fourthof disputed amount and further to Revenue Tribunal.

Custom Duty is applicable to import and export of goods and services.

Based on transaction value determined as per General Agreement on Tariff and Trade 1994 and valuation principles mentioned in Customs Act.

Special exemption/concession is provided to those goods if imported from neighboring countries like China, India. Also, concessional tariff rate applicable for the import of those goods which are imported under bilateral/multilateral agreement.

If an importer is not satisfied with the valuation made by Custom Authority, he can apply to Valuation Review Committee.

To be charged from customer 13% of the collected amount.

NPR10 per liter for import of petrol, diesel and aviation fuel.

NPR1.50 per liter in petrol and diesel 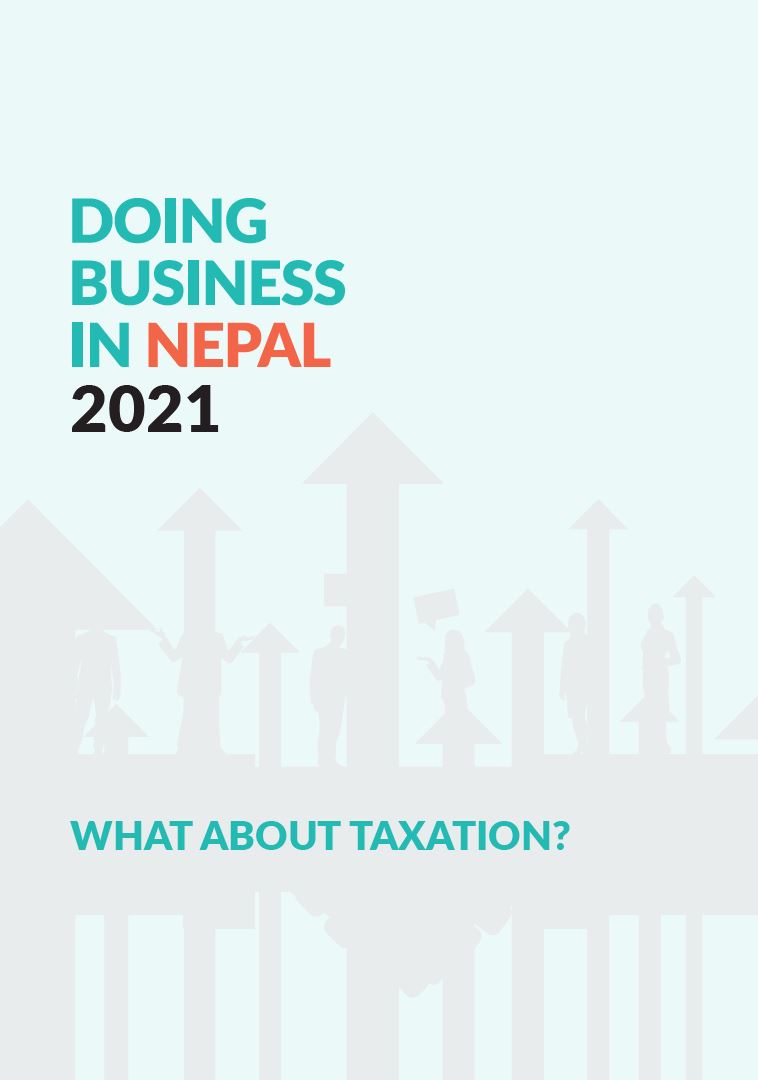 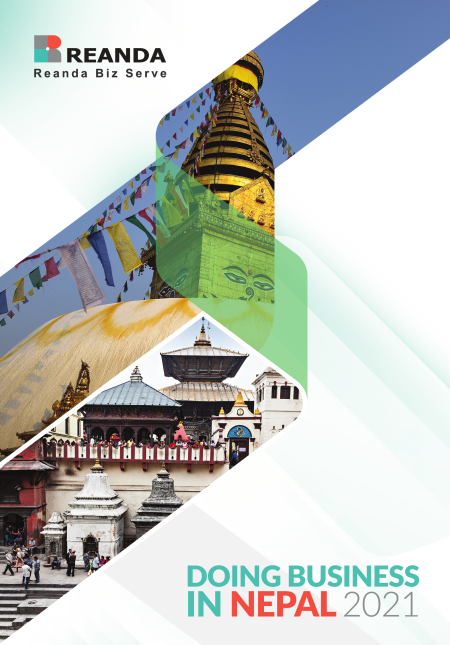 We use cookies on our website to give you the most relevant experience by remembering your preferences and repeat visits. By clicking “Accept”, you consent to the use of ALL the cookies.
Cookie settingsACCEPTREJECT
Manage consent

This website uses cookies to improve your experience while you navigate through the website. Out of these, the cookies that are categorized as necessary are stored on your browser as they are essential for the working of basic functionalities of the website. We also use third-party cookies that help us analyze and understand how you use this website. These cookies will be stored in your browser only with your consent. You also have the option to opt-out of these cookies. But opting out of some of these cookies may affect your browsing experience.
Necessary Always Enabled

Performance cookies are used to understand and analyze the key performance indexes of the website which helps in delivering a better user experience for the visitors.

Analytical cookies are used to understand how visitors interact with the website. These cookies help provide information on metrics the number of visitors, bounce rate, traffic source, etc.

Advertisement cookies are used to provide visitors with relevant ads and marketing campaigns. These cookies track visitors across websites and collect information to provide customized ads.

Other uncategorized cookies are those that are being analyzed and have not been classified into a category as yet.

You have succesfully subscribed! You'll receive a newsletter every month from us.